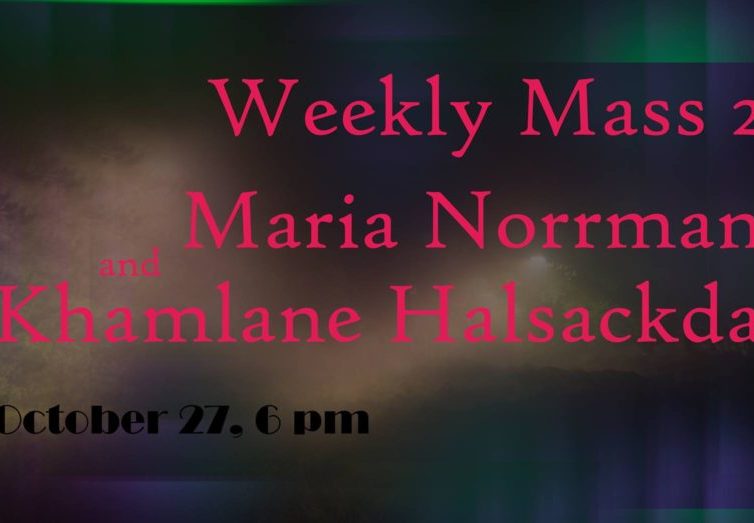 Weekly Mass 2 calls upon us with its duo of parallel performances. Maria Norrman, as The Goddess, will make their presence shown and share their story. Khamlane Halsackda will lead and perform a ceremony of pain and peace in Permission to Grieve.

How much is grieving an action put into motion by societal frames? In Buddhist Laos one is not supposed to cry or show emotions of despair as it is viewed as bad luck. In Catholicism, mourning is seemingly a formal and sombre affair. Elsewhere it can be a celebration. Can a state of grieving truly reflect a person’s individual need? What is it you grieve? Who is it you grieve? Why is it you grieve?
Influenced by the experience of my father’s European funeral and my mother’s East-Asian cremation, Permission to grieve is a way of finding my own voice of mourning and hence the sense of a new found identity. I am sharing my breath through anecdotes about the things I mourn, and with my body I search a state of being that can accept and move on.  This is an intimate meeting between my cultural heritage and who I am today, it presents a proposition for the public to be involved in this process and to question the notion of how we are possibly bound and shaped more profoundly by societal traditions than we think.

Ancient religious belief systems tell us of fantastic gods and goddesses in possession of superpowers. Those deities might have been one or several real persons, which over time were merged into one character. In Weekly Mass, I play The Goddess, a representation of several persons from the past.
The Goddess receives visitors in an installation/settlement. They are genderless or multigendered, living and inanimate. If you approach them, they will share their story with you.

Weekly Mass 2 is the second instalment of the exhibition and performance series Weekly Mass, curated by Simona Dumitriu and Tawanda Appiah.
Thank you: Linus Svensson. 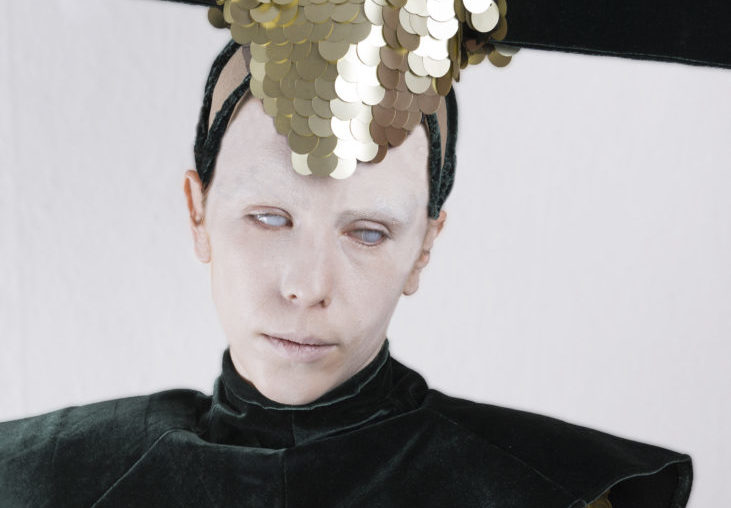 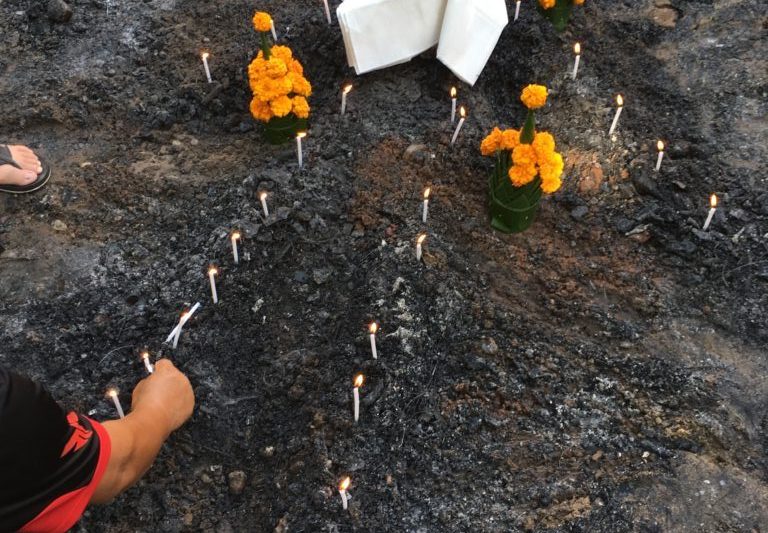 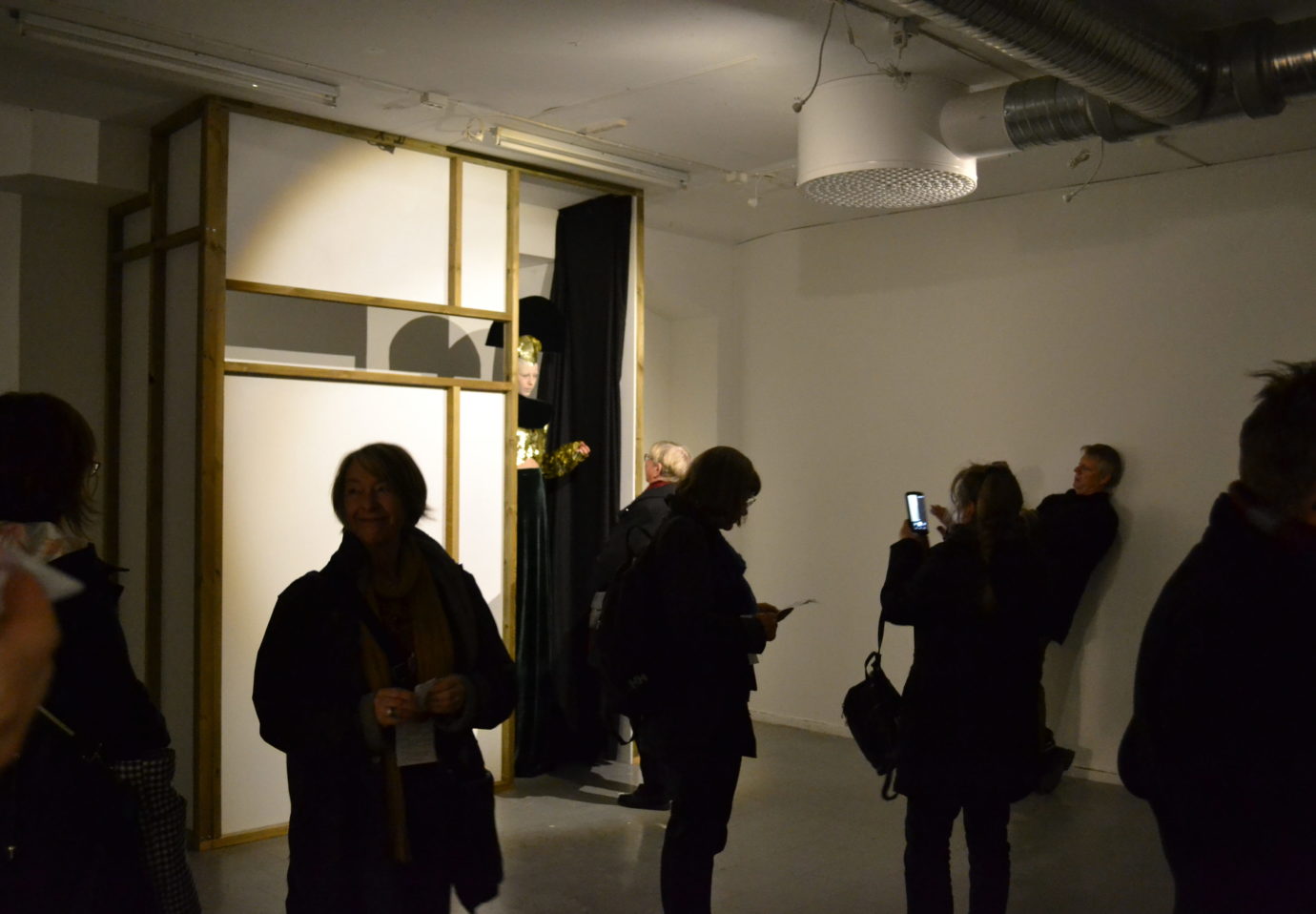 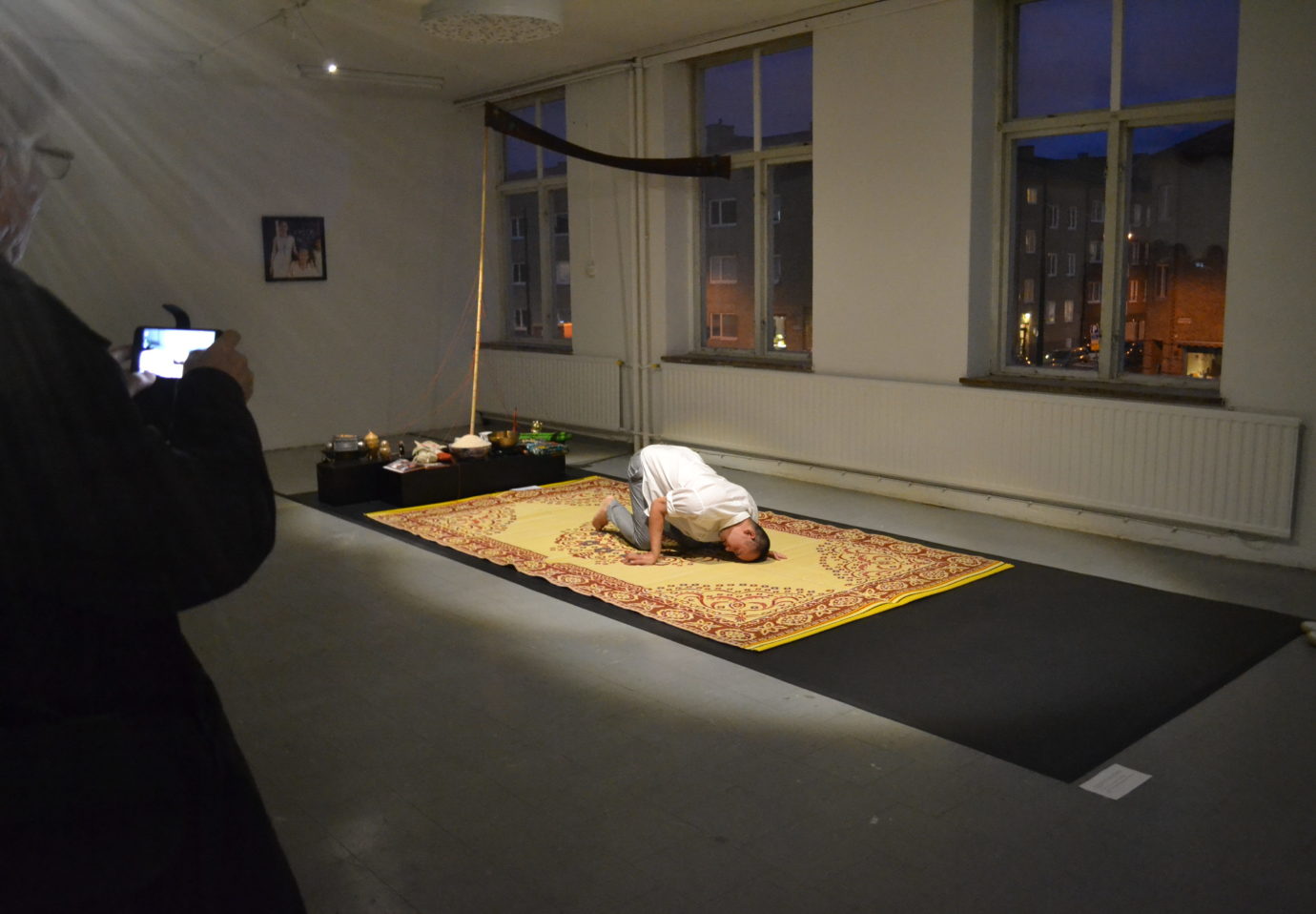