Something Happened: Athena Farrokhzad in conversation with Merima Dizdarević 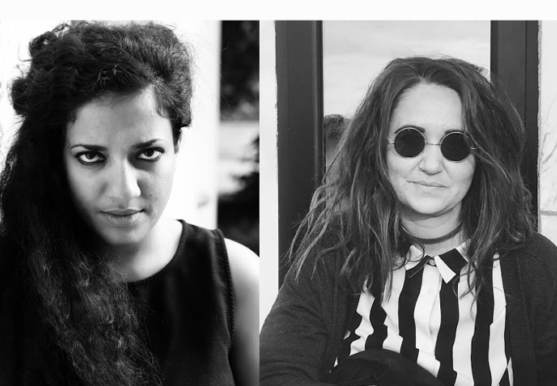 Something Happened: Athena Farrokhzad in conversation with Merima Dizdarević

Something Happened is a series of readings, lectures and talks focusing on excavation and redress through showcasing powerful creators of disturbances in the overarching linearity of Europe-centric and West-centric discourses about history and the present.

The first event of the series brings forth readings and a conversation between poets Athena Farrokhzad and Merima Dizdarević, framed around their experience and critique of Europe. Belonging, ownership, shifting discourses, rewriting a history which reverberates with the voices beyond the graves, filtering history and the present through their political bodies, the two writers will add flames to a conversation that seems never ending.

Yet something happened, something long due is finally happening.

At the beginning it happened just barely, like a wave coming back from the shores of Ribersborg when the sea is calm. Then loudly, like the flat tire that happened just at the right time to the unrepentant narrator of white Europe’s discourse. Then something bad happened: more oppression, as backlash, pouring throughout the world. But the wave, the emotion of the wave, the heart and the eyes of the wave will not be stopped. It will grow with any thing that happens, in the lyrics of poets, in the sharp tongues spoken around us, in the writings of unbridled historians looking for those voices too long buried by the colonial grave.

“Europe, when will you retire? When will you take off your clothes? When will you look at yourself through the grave? When will you be worthy of your millions of guest workers?”
(Athena Farrokhzad, Europe, Where Have You Misplaced Love? An Open Letter from a Poet, translated from Swedish to English by Jennifer Hayashida)

Athena Farrokhzad lives in Stockholm and is a poet, playwright, critic and translator, she made her debut in 2013 with the poetry collection Vitsvit and in 2016 came TRADO, written jointly with the Romanian poet Svetlana Cârstean. She teaches at Biskops-Arnö’s writing school.

Merima Dizdarević was born in Yugoslavia (Bosnia Herzegovina). She has spent the greater part of her life in Sweden and elsewhere. Her practice is mainly in writing, performance, music, translation and collaboration in groups like Making a Living (Malmö) that places its focus on collective auto-ethnographic artistic investigations. She writes in English, Swedish and Naški [ nashki ], or «Our Language», formerly known as Serbo-Croatian and now often shortened to BCS or BCMS, referring to the language group Bosnian/Croatian/Montenegrin/Serbian. She is currently enrolled in the Literary Composition MFA program at Valand Academy of Arts in Gothenburg.

The Something Happened series is organised and curated by Tawanda Appiah and Simona Dumitriu.