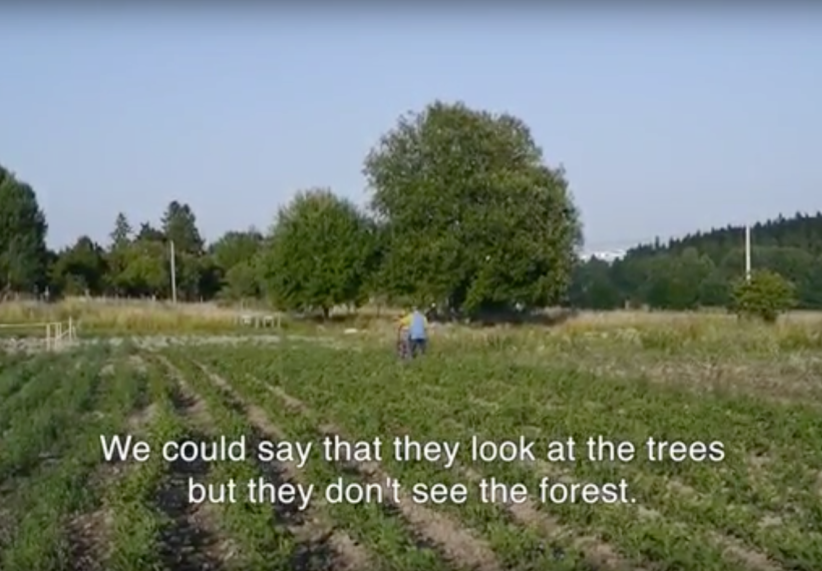 The films in Farming the common depicts urban farms and green areas social and symbolic locations in the city. The program moves from Virginia through Gothenburg to Malmö and Stockholm. Voices from people engaged directly in the gardening, and the green city configuration, blended with historical flashbacks and reflections on the potential of art and artistic practices in the context.

The Return of Lenin, 5 min, 2000
Kolonial Odling (Lena Ignestam, Per Gustafsson, Christel Lundberg), the film takes on the basis of Lenin’s visit to a Swedish allotment in 1917, but also concerns issues of the gardens colonial, social and political history.

CASESTORY_Komettorgets allotments, 60 min, 2011
A depiction of the more contemporary premises of urban gardening is presented by Maria Draghici and Anders T Carlsson. The film is based on interviews with farmers in the comet square in the Gothenburg suburb Bergsjön, their collective ambitions and their work.

Art in the Public Eye: The making of Dark Star Park, 33 min, 1988
A documentary about Nancy Holt’s public artwork “Dark Star Park” in Arlington, Virginia. The film follows the work to produce and install the work. The film includes comments and reflections from citizens in Virginia, architects, designers and the artist himself.

The filmprogram is curated by Kalle Brolin, Sebastian Dahlqvist and Hans Carlsson.