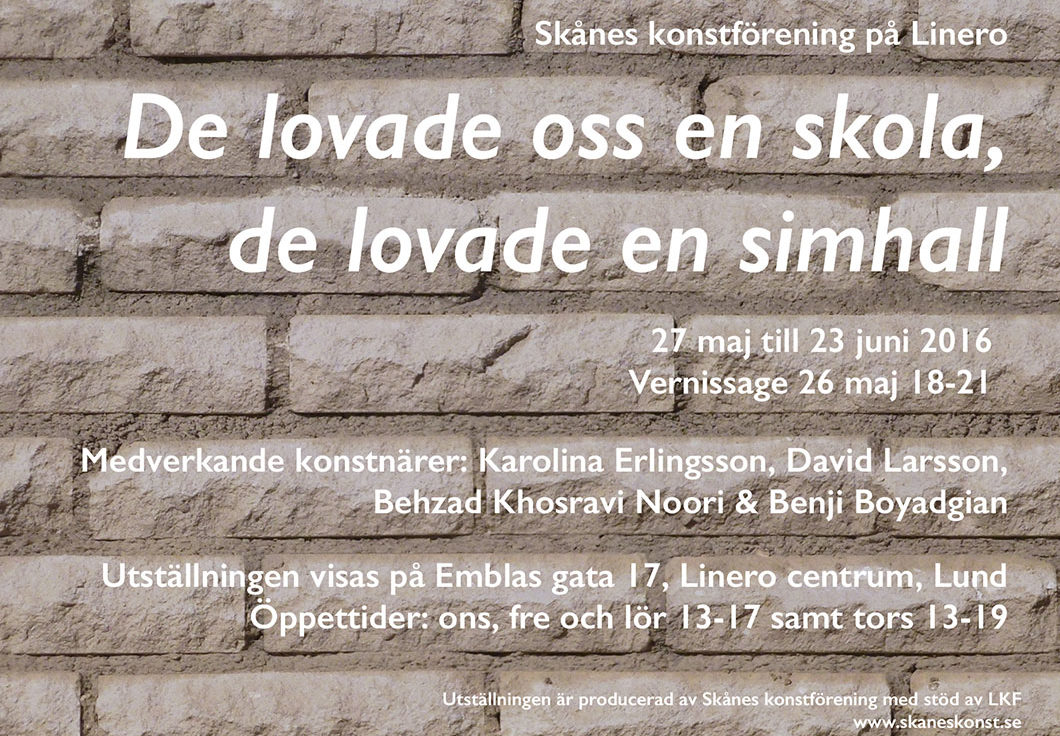 A new center is being built in Linero, a district in Lund. 94 new apartments in two tower blocks are almost completed. Retail spaces await customers. An area previously undefined now houses a square, or a parking lot – facing south. The new buildings in Linero center are made from white bricks, similar to those sand lime bricks popular in Sweden in the 70s, though these new bricks shine with lacquer and polish.

In 1969 the core of what is today’s Linero was built – rows of low-rise housing without stairs, taking advantage of the natural slope of the site, an area considered to be the original settlement of Lund. Three burial mounds and a Viking marketplace existed here before the city emerged. The low-rise apartments built in the 60s and 70s are lined along roads reminding us of their historical significance: The Viking road, the Harald Bluetooth Lane, the Lance Lane. Local public schools have also been given names which refer to this past: The Viking School, and the kindergarten, The Rune (closed down in 1992).

In the second major urban development of Linero in the late 70s, a 19th century farm was threatened with demolition. The students of The Viking School protested against it, and were quoted in the regional newspaper Sydsvenskan as saying: “They promised us a school, they promised a swimming pool and a sports hall, but we got none of it. Now they tear down the only thing that reminds us of the old Linero, and destroy the park we play in, the kids are screaming.

Skånes konstförening has been invited by the municipal housing company LKF to use a future business premise retail space in Linero’s newly built center as a temporary exhibition space. The exhibition They promised us a school, they promised a swimming pool presents four artists working with time, memory and the need to revise history. The exhibition engages with the neighborhood through associative connections with other places, and addresses how the space between the past and the future may be understood through different horizons of anticipation.

Benji Boyadgian, originally trained as an architect, focuses on urban sociology in former conflict areas. He works with research based projects that explore themes of heritage, territory, architecture and landscape. Boyadgian uses painting and drawing as his primary research tools. He lives and works in Jerusalem.

Behzad Khosravi-Noori works with cultural and political phenomenon linked to questions concerning representation. He is interested in how time and history are reproduced and communicated by different media, as well as in more sculptural artistic expressions. Khovrasi-Nooris practice often deals with the need to address politically charged issues through art, monuments and film. The uniform linear historiography is often contrasted with multiple, layered stories about past political events. Khosravi Noori is an artist and writer based in Stockholm and Tehran. He is a PhD student at Konstfack, the university college of arts, crafts and design in Stockholm.

Karolina Erlingsson works with narratives. Her work, have at various times, offered a quiet experience, with accompanying historical narratives, or biographies in the process of disappearing – conveying presence through absence. Several of Erlingssons’ pieces revolve around themes of translation, interpretation and transition -,where a simple text becomes a wordless song, a score for a choir is interpreted for dancing hands, or repetitive text phrases become whispering echoes. Erlingsson lives and works in Malmö. She works with video, audio, text, installation and performance.

David Larsson’s installations are as much exhibitions as preparations for something else to come. They evade stable meanings and points instead towards an ongoing renegotiation. Objects from previous works are recycled and placed in a new context and in this way, they are charged with new meanings. Relationships are complicated: this applies to the relationship between humans and things, as well as between different objects. What is an object in a collection: a part of the whole? A fragment? Or is the object, in fact, an identity that moves beyond the boundaries of the collection? Could the collection be viewed as a set of mutual relations defined by instability,- where the identities produced by the collection are only fleeting suggestions? David Larsson lives and works in Jordbro and Stockholm.
www.davidlarsson.net/

The exhibition is produced by Skånes konstförening with financial support from LKF. 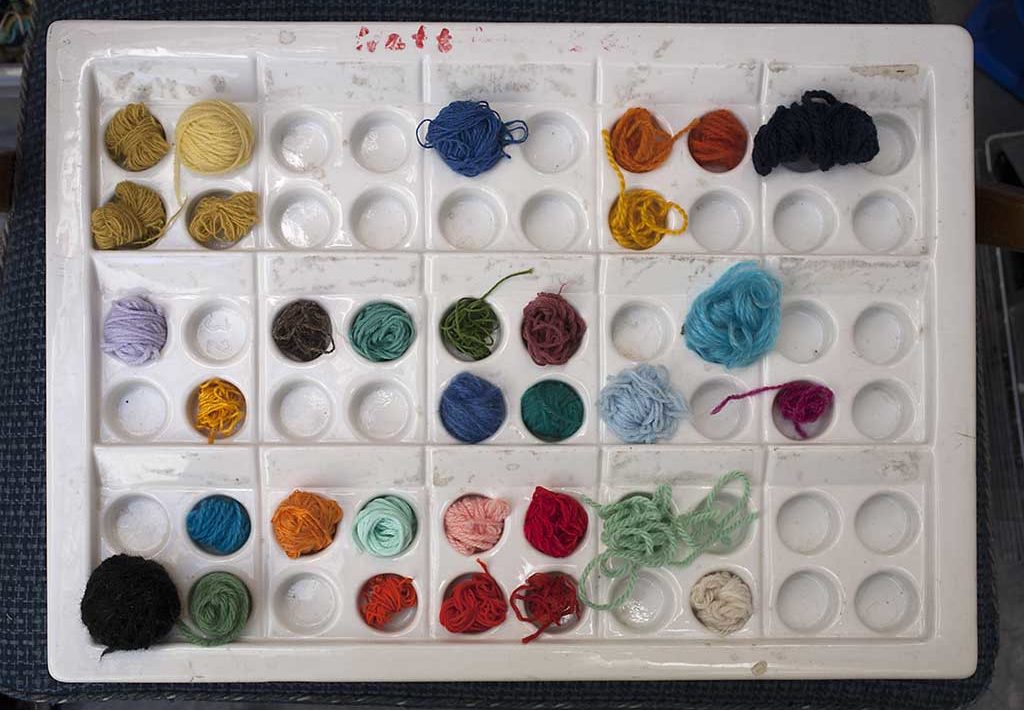