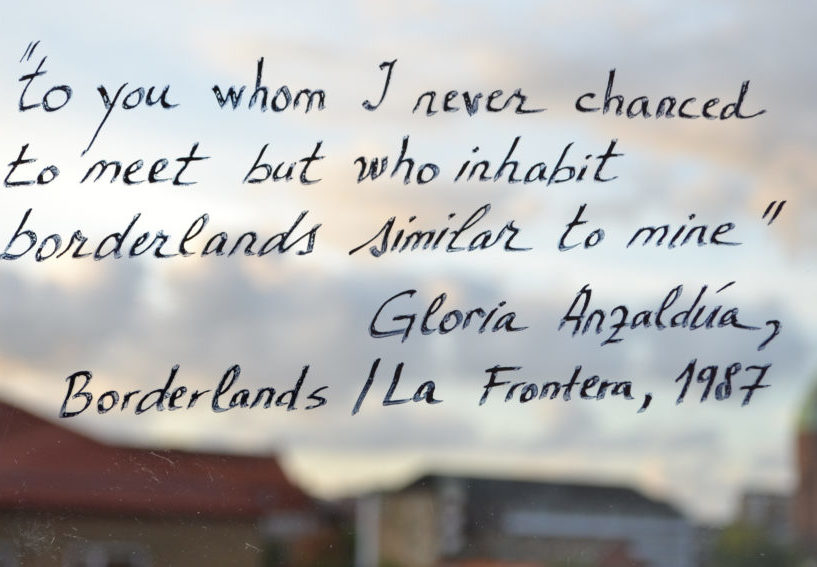 The title hides the fill in the blanks opportunity to examine situations of movement, belonging and to reflect on the current changes of the political processes behind the acts of migration, traversing borders, reinforcing them, locking space into the abstraction of words.

No country like includes an artist talk, a literature reading, an exhibition, as well as guided tours. Reflecting on the time spans of migration, the instrumentalisation of its affects and the part played by language as a means of control, a short film by video artist and writer Meira Ahmemulic becomes the entry point into the narrative that we respectfully aim to showcase, a fragmented narrative constructed from many direct, unmediated, personal experiences. The process of the exhibition was inspired by a project called AMM – Archivio delle Memorie Migranti (Archive of migrant memories), an initiative starting from Lampedusa and extending throughout Italy, including non-migrant and migrant film makers, activists and researchers, working with documentary film, collecting objects as powerful memories, and with anti-racism programs in schools. From AMM, filmmakers Zakaria Mohamed Ali and Dagmawi Yimer will be featured in the exhibition and offer an artist talk. Close to the other end of the European map, the border city of Malmö – and Sweden, in general – are the political background of the films and recordings produced for Migration, Memory, Encounters. This project, initiated, among others, by writer and activist Parvin Ardalan, is an archive in the making of affects and realities connected to how memory travels across borders while bodies become their oppressed subjects. Parvin Ardalan, alongside Mamak Babak-Rad and others, is also part of the editorial group of the publication Women Making Herstory: 100 Years of Immigrant Women’s Lives and Work in Malmö, a collection of facts and personal narratives that you can discover or rediscover in the reading corner of the exhibition.

It is important for us to represent, alongside the image of the road, of arrival and struggle, the idea that migration needs to stop being considered the story of often nameless masses, devoid of any other agency than their will to migrate and only exist in transit, as abstractions of roads, trajectories or fences. It is a natural right of persons to relocate and rebuild. The image of the nameless (seen as many, seen as victims of their own contexts and more and more often seen as perpetrators on Western European soil) is caused by complex intersections of post-colonial structures, racism, xenophobia, thinly veiled by discourses of integration (often coming down to assimilation in even the best scenarios). To counteract also this construction of a new class in and of itself – that of “the forever migrant” – by underlining that persons who cross borders now or have done it years and years ago (for safety, for work, for education, for experience) are intersections of class, cultural experiences, gender experiences and so on – and to wonder when does one start and stop being a migrant?

The exhibition and public program, constructed entirely by persons with various direct experiences of the represented topics, need to strongly reaffirm that the geopolitical movement of bodies is not an aesthetic category, to be seen in dramatic pictures and to be eaten up once by the conceptual paraphernalia of contemporary art. By making ”yet another exhibition on migration” we commit to the idea that it is important to repeat and obsess about such matters, from the perspective that we live today, of almost post-migration: borders closing up, extreme rise of nationalist agendas, persons in refugee situations being silently sent back to their countries of arrival or simply deported. No country like lingers on the local history of border regions (the small fishing island, Lampedusa, and the flourishing city, Malmö) and the solidarity or lack of it from the locals, the idea of solidarity itself, the device of the personal narrative as an act of liquefying borders, the invisibility within visibility that bears the name of inclusion. 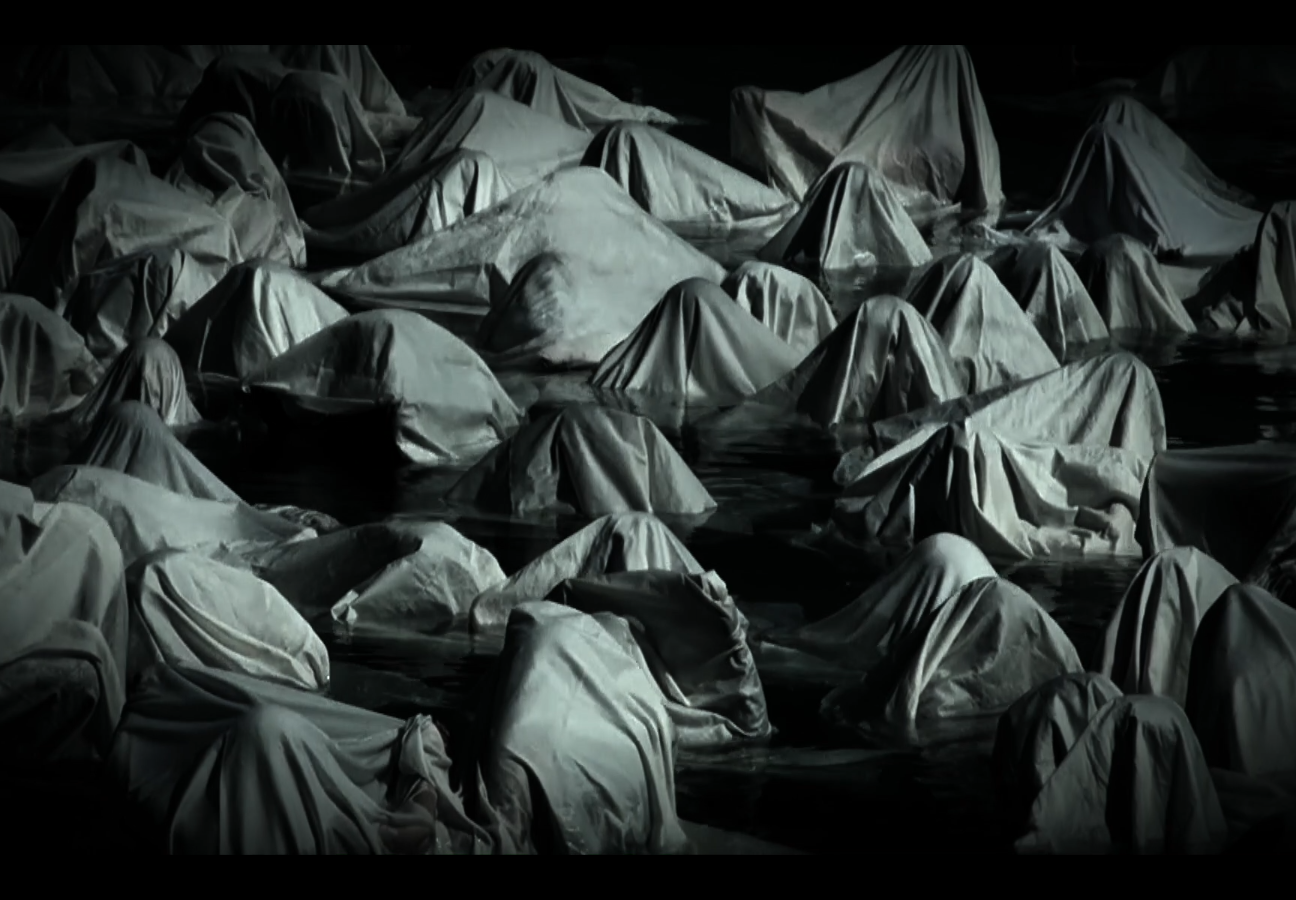 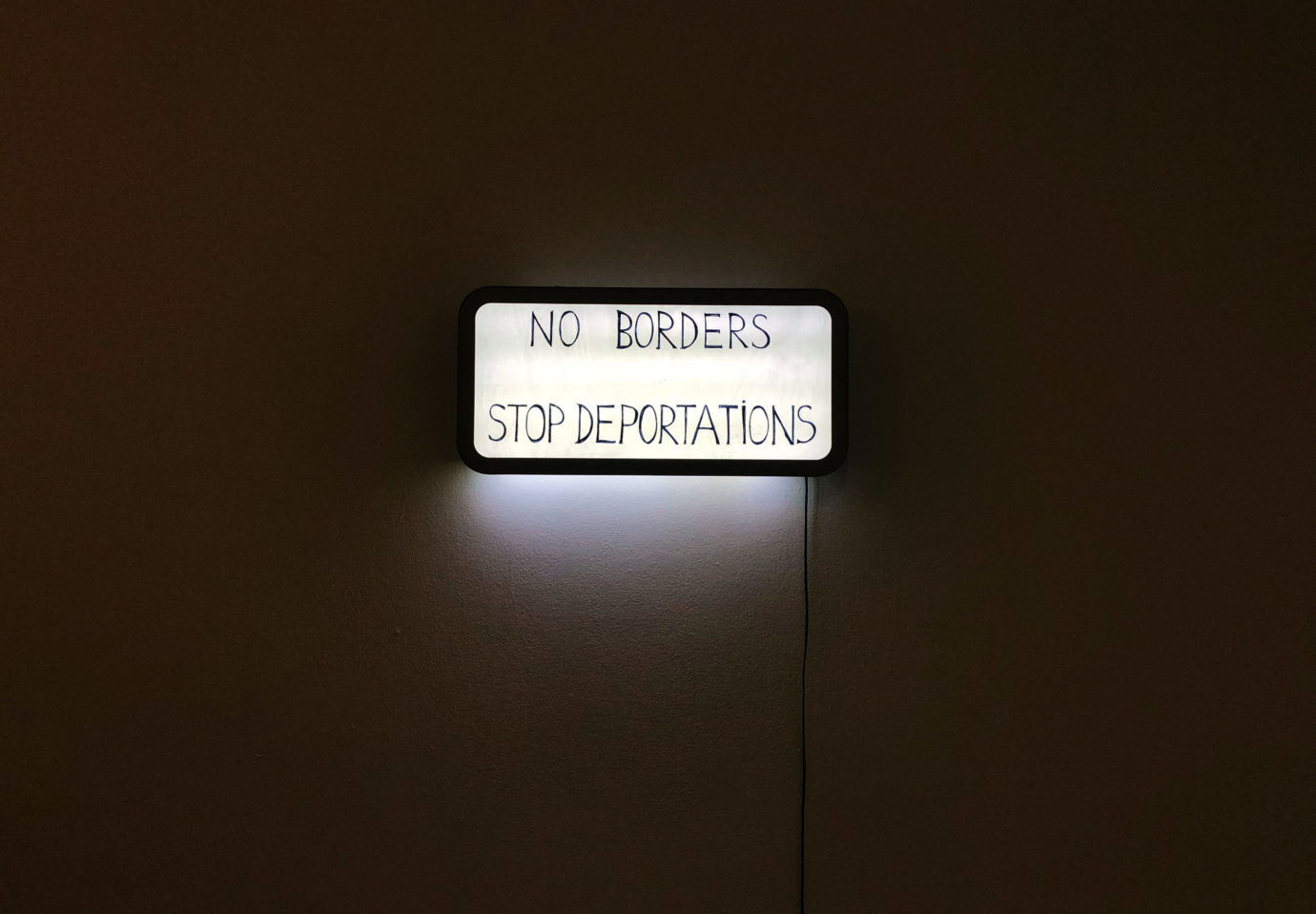 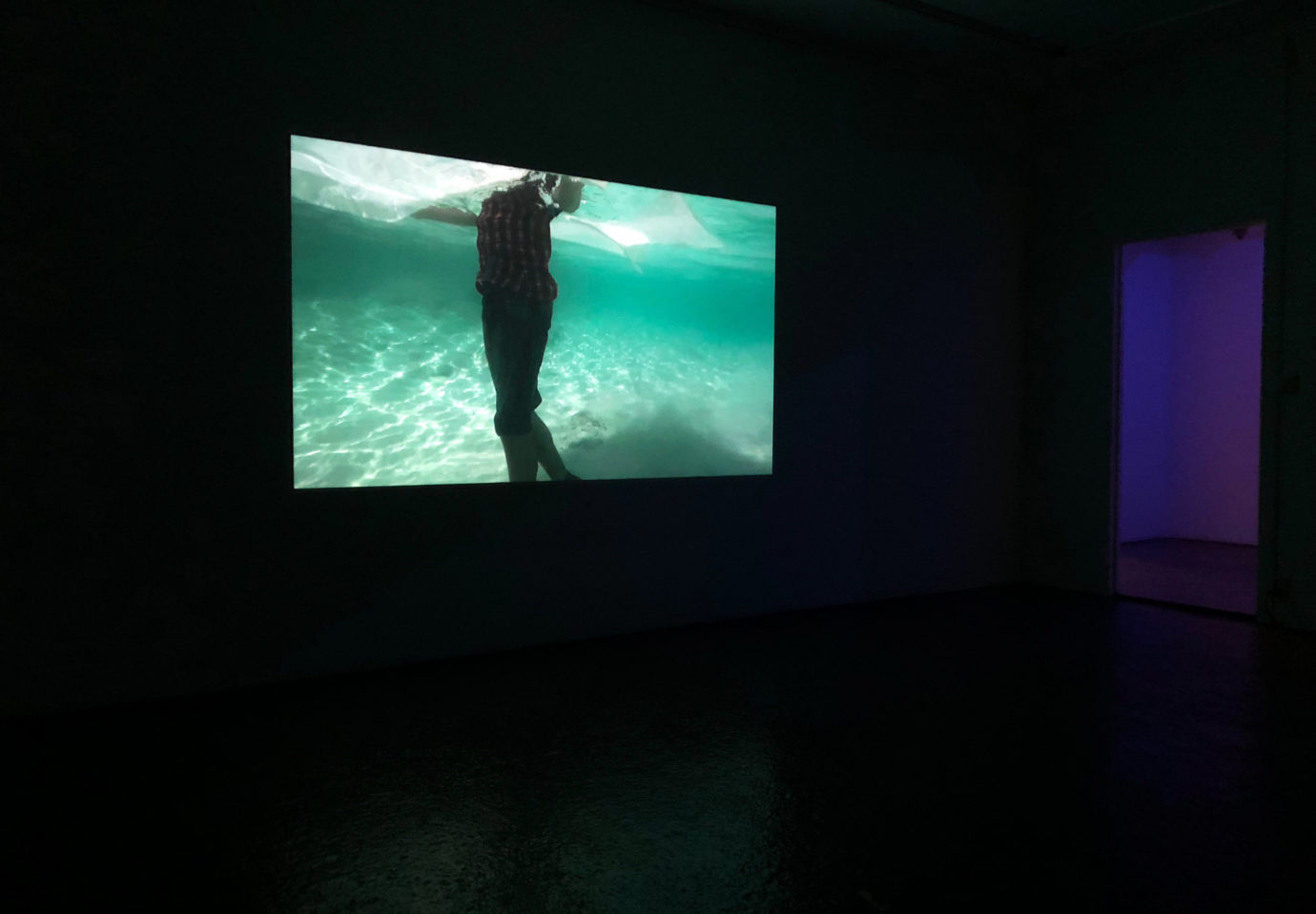 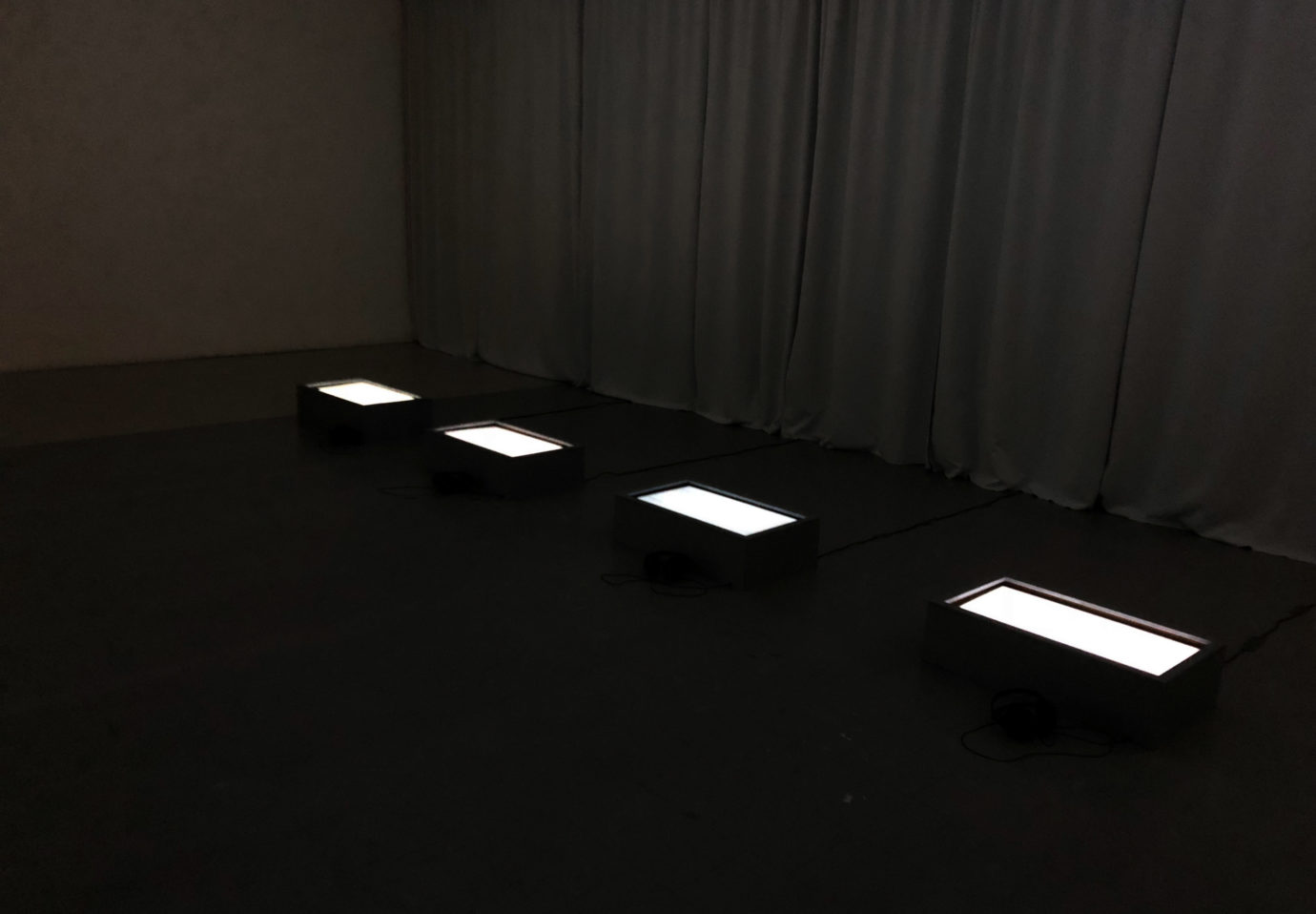 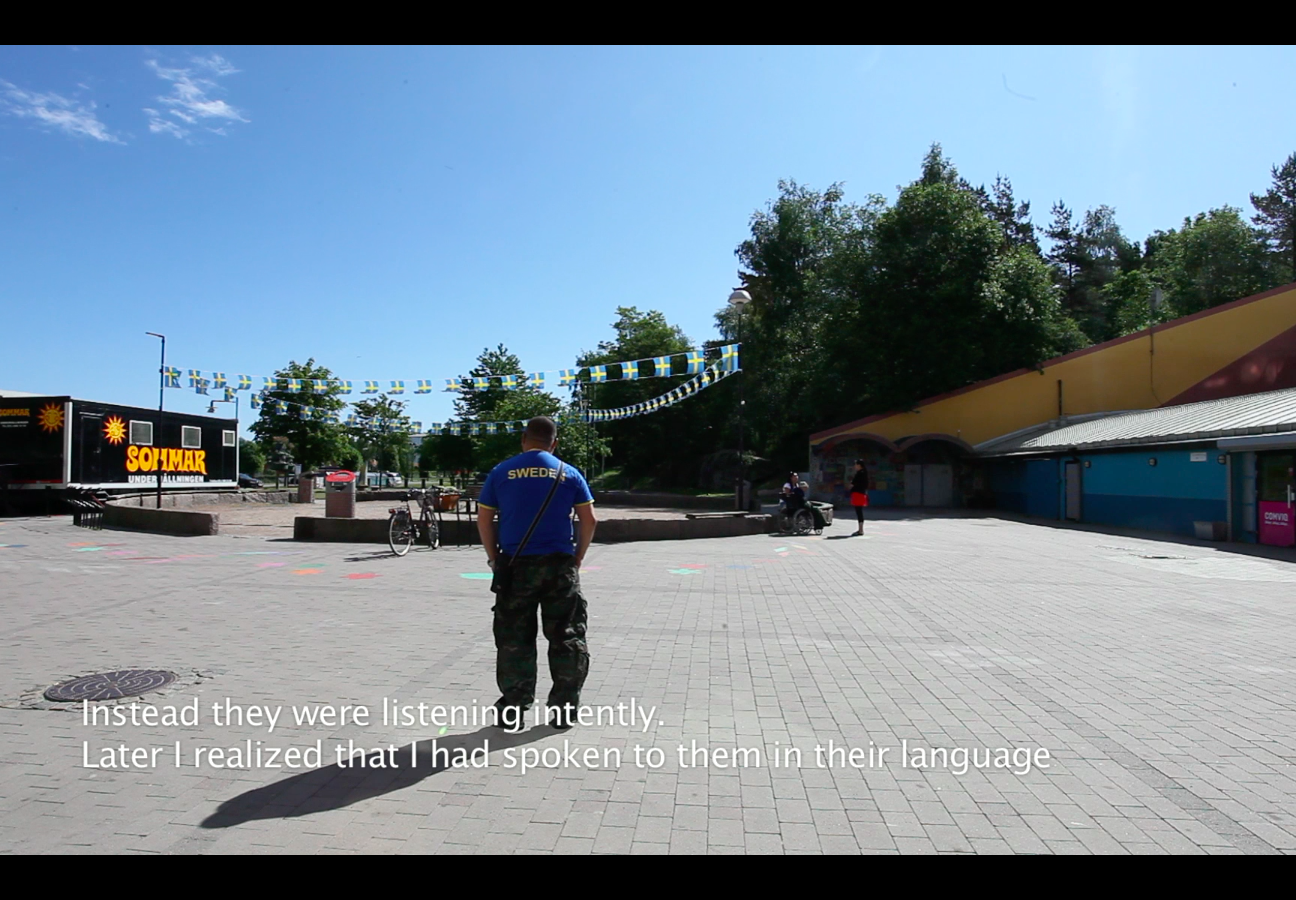 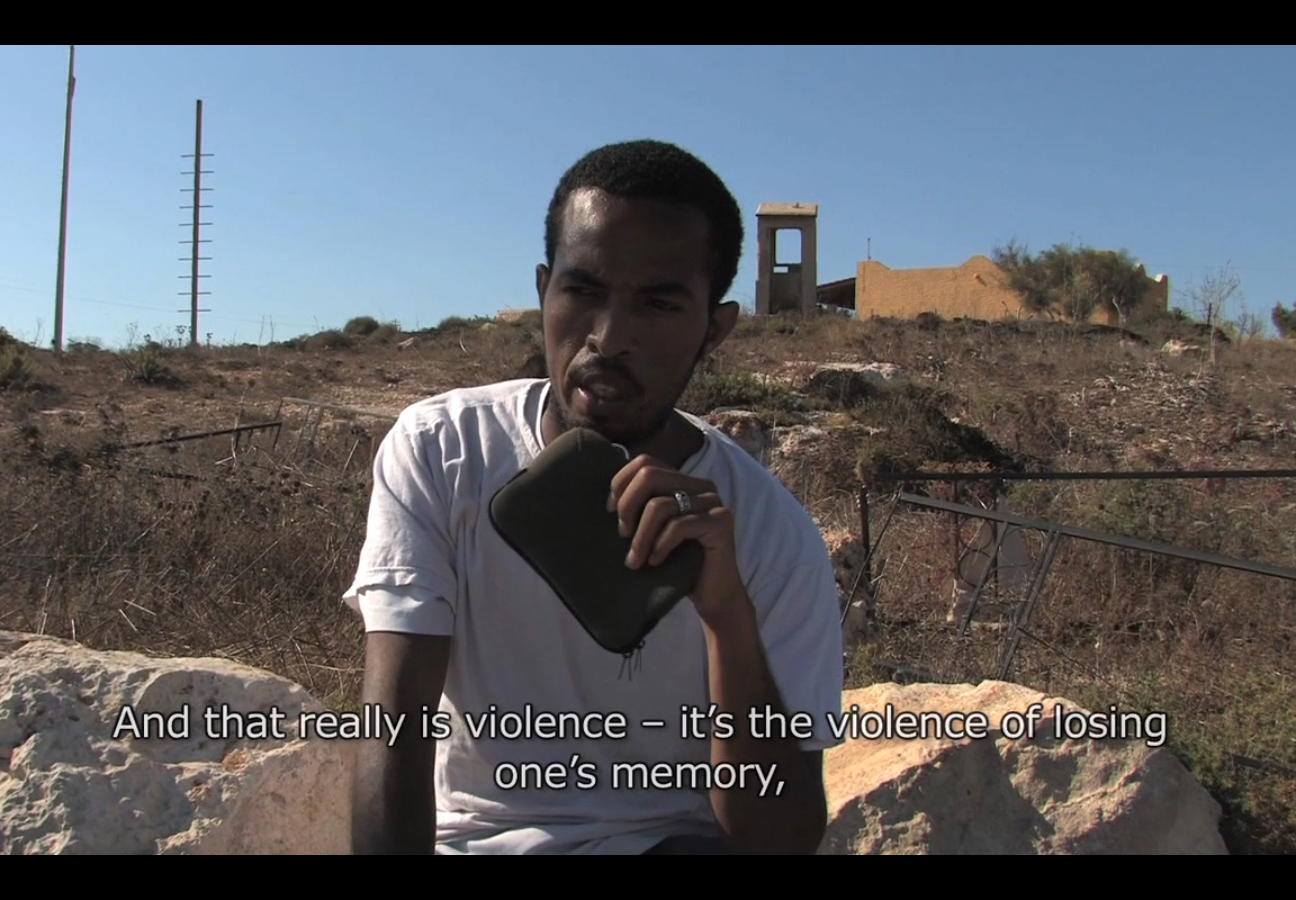