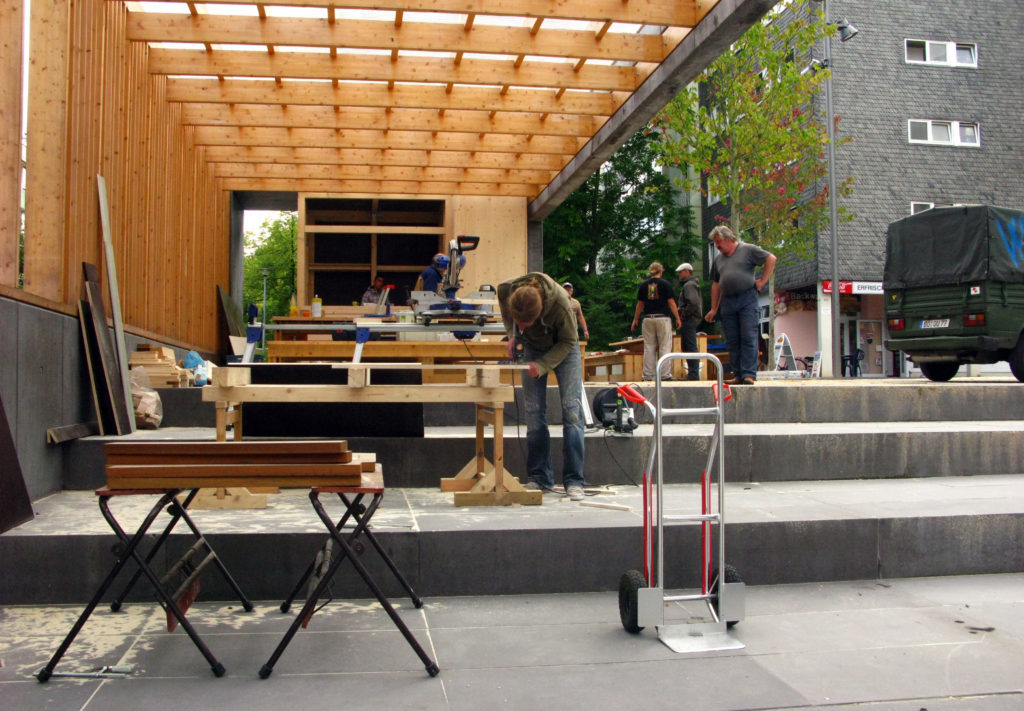 In Hustadt, Inshallah: Learning from a participatory art project in a trans-local neighbourhood Apolonija Šušteršič will discuss the relationship between the perception of public space and art(institutions). What role does an artist have in the creation of an urban (social, political, physical) fabric? Is there a problem in balancing artistic, and democratic values, when being involved in a socially engaged art practice? Apolonija Šušteršič will also talk about her experiences of being part of the Malmö Art Academy PHD programme. This lecture is the second lecture in the lecture series Towards the post-geographic.

Apolonija Šušteršič is an architect and visual artist. Her work is related to a critical analysis of space; usually focused at the processes and relationships between institutions, cultural politics, urban planning and architecture. Her broad – ranging interest starts at a phenomenological study of space and continues its investigation into social and political nature of our living environment. She usually makes extensive researches into specific situations found on location, which she uses as a starting point of her project. The result isn’t only presented as analytical criticism but it produces in itself already a suggestion for the future. She pursues new possibilities and makes proposals from a hybrid point of view that ranges beyond art and architecture, making socially committed works naturally taking the form of everyday life activity.

Apolonija Šušteršič is currently a professor in visual art at Oslo National Academy for the Arts, a head of a new MFA program Art & Public Space. Together with architect and a professor at KTH (Stockholm), Meike Schalk she formed an operative unit, which occasionally produces research, projects, actions and discussions.

The map has long been a tool and a model to conceive and position man spatially as well as the objects’ positions in relation to each other. An instrument to determine and establish the borders of what is a country, a road, a path or a stream. But also to draw dividing lines between the bodies to be defended and bodies perceived as threat. The European history of cartography is deeply related to the beliefs and ideas of the people who are outside a defined community. The question is how modernity’s claim to establish such rigid borders and institutions has changed in the near contemporaries when power over the means of communication technologies for monitoring and military resources increasingly has been privatized and individualized.
In the lecture series three scholars examine issues of cartographic development, impact and materialization. The series brings together researchers from different fields together with the visiting audience investigate the specific impacts of the map creation story. All lectures are open to the public and admission is free.
The lecture series is supported by the Stockholms Arbetarinstitutförening and ABF.